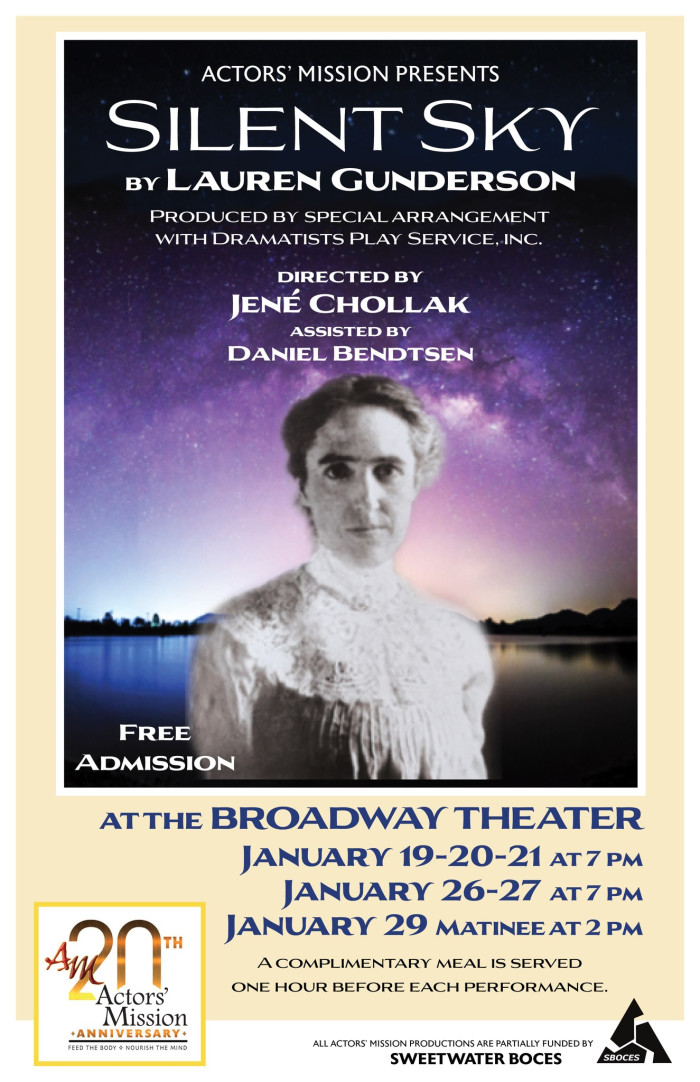 "Silent Sky" by Lauren Gunderson is a contemporary drama that tells the story of pioneer astronomer Henrietta Leavitt. While cataloging star locations for Harvard at the turn of the 20th Century, Henrietta’s observations were overlooked in her time partly because she was a woman. Her careful observation and charting of the stars has led to breakthrough conclusions about the size of our expanding universe in our own time. Directed by Jene Chollak assisted by Daniel Bendtsen. To be performed at The Broadway Theatre in downtown Rock Springs. January 2023. It is Actors' Mission's 75th production, and the second show in its 20th Anniversary Season.
January 19th, 20th, 21st, 26th, and 27th at 7:00pm and January 29th at 2:00pm